Yankee Stadium has served as the birthplace for some of the greatest baseball players throughout baseball history and since its new replacement opened in 2009, has continued to spark the careers of many young players. Last Thursday, in one of the most intimidating ballparks in baseball, 25-year old starting pitcher Drew Pomeranz might have finally proved why he deserves to be a big league starter. His matchup was against (8-1, 2.06 ERA) Masahiro Tanaka, who has been one of the best pitchers in the AL so far this season. Yet, with poise and confidence he went pitch-for-pitch with the Japanese right-hander, even outdueling him by the end of his afternoon. 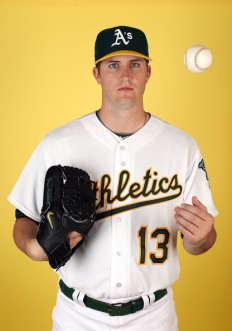 Although coming into the game with a 2.36 ERA, Pomeranz had yet to get past 5 1/3 innings or throw 100 pitches in a game. He accomplished both of these feats against the Bronx Bombers pitching a career high seven innings and throwing 101 pitches. The 6’5” 240 pound southpaw looked to finally be coming into his own as he also struck out seven and only surrendered one earned run (two unearned). Despite making one mistake on a first-pitch fastball, which Brett Gardner deposited into the second deck, Pomeranz still managed to keep the Yankees off balance for the majority of the day. He had full command of his low-to-mid 90’s fastball and “knee-buckling” curveball, which contributed to a season-low one walk (since he took over as a starter). Although he got stuck with his third loss of the year, he lasted longer than Tanaka (6 inn.), had more K’s and threw less pitches as he flashed the potential that teams saw when he was selected as the 5th overall first-round pick in 2010 draft.

The only negative one could argue in his performance against the Pinstripes was his ability to hold runners on. Consistently 1.50-1.60 seconds to the plate with not a very good pickoff move, Pomeranz had trouble keeping runners off balance on the base paths. This led to a stolen base from Jacoby Ellsbury as well multiple Yankee base runners getting good secondary leads. Now the reason that this was not a huge problem was because of his effectiveness with runners of base and in scoring position. The Yankees were 1-6 with RISP and after the 3rd inning, did get a hit with runners on base.

It is this kind of outing that will soldifiy Bob Melvin’s decision to give him the ball every 5th day, but more significantly, it will strengthen Pomeranz’s individual confidence. This is the kind of start that could begin a 5-10 game stretch of dominance for Pomeranz and contribute heavily to the most important part of the Oakland Athletics, WINNING.