The Boston Red Sox have had an up-and-down season so far at 34-38, 3rd in the AL East, but as of late have began to pick it up, which is why the Oakland Athletics should not take them lightly when they come to “The Town” tonight. Winning five out of their last seven, the Sox are looking to gain some momentum as they finish the month of June and have no reason to believe they are by any means out of playoff contention. This series will be hard-fought by both sides, but here are the four matchups to watch and the ones that could definitely decide who comes out on top.

The most intriguing matchup would have to be Saturday night as for the first time this season, Brad Mills will take the major-league 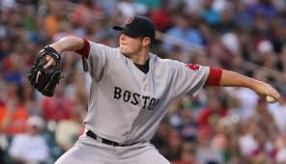 mound. His opponent will be 25-year old Rubby De La Rosa who has quietly put together a solid season while filling in for the injured Clay Buchholz.

Yet, for Oakland, the most challenging game will be Sunday when they go up against former Cy-Young candidate, Jon Lester. Earlier this season he had his best start of the year against the green and gold when threw 8 shutout innings, striking out a career-high 15 batters and surrendering only 1 hit. This performance will be hard to top, but the A’s have struggled against power pitching (pitchers in the top third of the league in strikeouts plus walks) all year, hitting just .234. In order for the offense to do damage they’ll need to jump on Lester early in the game. The Swingin’ A’s tend to do most of their work through the first 4 innings, hitting .277 as opposed to .236 through innings 5-9, so if they can get to him early, they will find success. If not, it could be a long night.

Based on how hot the switch-hitting “Big Bert” Callaspo has been (8-11 in his last 3 games), I think it’s safe to say he’ll get most of the reps at second base in order to get him in the lineup. On the other side, Dustin Pedroia has been a green and gold killer, hitting .366 in his last 21 games against the A’s, not to mention .514 (18 for 35) with five doubles, a triple, and a home run against Thursday night starter, Kazmir. While Pedroia is the better hitter (and definitely the better fielder), if Callaspo can keep pace with the former-MVP’s offensive production, he will put Oakland in a great position to do damage against Boston’s pitching staff.

Both of these pitchers have been shutdown inning-eaters so far this season. Badenhop who, like Otero, has been the most consistent “Red Sock” out of the pen (not named Uehara). He’s logged 36 2/3 innings and boasts a 1.72 ERA, while also inducing 10 double plays, the most from any reliever in the MLB. “Danny Dependable” however, has also had a very successful season for Oakland, throwing 43 innings while posting a 2.30 ERA and more importantly, only allowing 42% of his inherited runners to score. With both of these men being the “go-to” relievers, whichever one is able to stifle the others offense late in games will probably determine who wins and who loses.

One is leading the All-Star voting at the DH position, the other arguably should be. 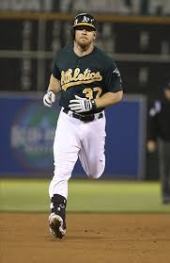 Earlier in the season, Ortiz was absolutely stroking the ball, with his average reaching a “Big Papi-like” number of .305 in mid-May, but since then has hit just .174 with only 5 home runs. In that same time period, Brandon Moss (originally drafted by the Red Sox) has hit near .250 with 9 home runs and 22 RBI’s. Despite having his own problems at the plate recently (19 K’s over his last 12 games), he has still outplayed the potential Hall-of-Famer so far this season. In this series, if Moss can find the bat A’s fans have become accustomed to cheering for, it will be big trouble for the Sox. As he is in the AL Top 4 in HR’s and RBI’s, Brandon Moss has demonstrated why he deserves to be the starting Designated Hitter at this years All-Star Game at Target Field and hopefully these four games against the man ahead of him will help prove that.

Thanks for reading! Feel free to leave feedback!