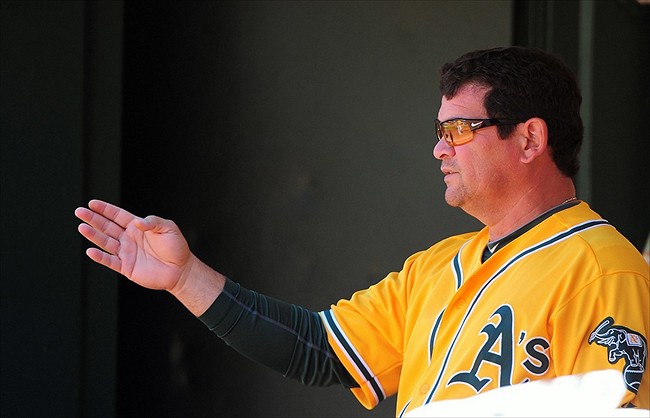 Mike Gallego was doomed. He’d been doomed since May 25th. That was the day the Oakland Athletics brought in former third base coach Ron Washington. It just didn’t feel right with the way the direction was headed all season and no matter when it happened, it seemed his ending was inevitable. No matter whether it was three days ago, three months ago, or even three months from now, he was going to get the boot. The justification was the tipping point. Basically, how would the A’s find a reason to fire him? They did so in the form of critiquing his base running decisions and manager Bob Melvin summed it up when he said, “We are at the top of the league in guys getting thrown out at home and we’ve had a lot of one-run games.” He went on to speak on the matter taking some of the blame off of Gags and putting it on himself in the only way a nice guy like Melvin could.

“But I think too, and this is my fault, it’s been a little uncomfortable as far as the infield dynamic — when you bring a guy in to do some things, and when you have a guy who’s been here a while. I just felt like it was a little bit uncomfortable to the point that this was a direction we were going to go at the end of the season anyway. And we came to that conclusion and therefore we made the decision at this time, as opposed to wait to end of the season.”

What that quote says to me is that his hand was forced by someone else *cough* Billy Beane *cough* and as the manager – technically having to make the final decision – he had to answer for it. Oakland’s General Manager has always had his hand in everything and this matter remains no different. Washington is Beane’s guy. Always has been since he ran the third base box from 1997-2006. Nothing can change that and once Beane brought him on earlier in the year to ‘purely help the defense’ he was bound to end up back there.

I do think this delves a little deeper into to the head honcho though. It shouldn’t be seen as he simply hates Gallego because I don’t think he does, but it does have something to do with Beane’s inability to deviate from ‘the path’ he has set the A’s down upon. When Billy traded for Marcus Semien this offseason, he immediately sent the message that Marcus would be his starting shortstop and no one could change his mind about it. No matter how poorly Semien has performed, he’s always remained the starter. Now while I don’t think that he should be replaced and in my opinion is the best option at the spot, it just proves how hell-bent Beane is on having things look the way he wants them to.

He wanted Semien to be the shortstop so badly that he brought in – essentially – a personal coach in Washington to help him with his defense. With Wash, Marcus has certainly made leaps and bounds and because of his ‘progress,’ this gave Beane the excuse to promote him to his former position of third base coach. All that was needed was an excuse to get Gags out and as Melvin told the press a few days ago, leading the league “in guys getting thrown out at home” was the perfect opportunity.

While Washington may be a better man for the job, Gallego didn’t deserve what he got, no matter the inevitability. Beane has a way he goes about his business and his ‘anyone is expendable’ motto has apparently spilled over to the base coach area – which by the way, I have never heard of in the middle of a season. Whether you think it was fair or not, all A’s fans can do is trust the motto will lead to eventual positive outcomes.

Exploring baseball's past and present